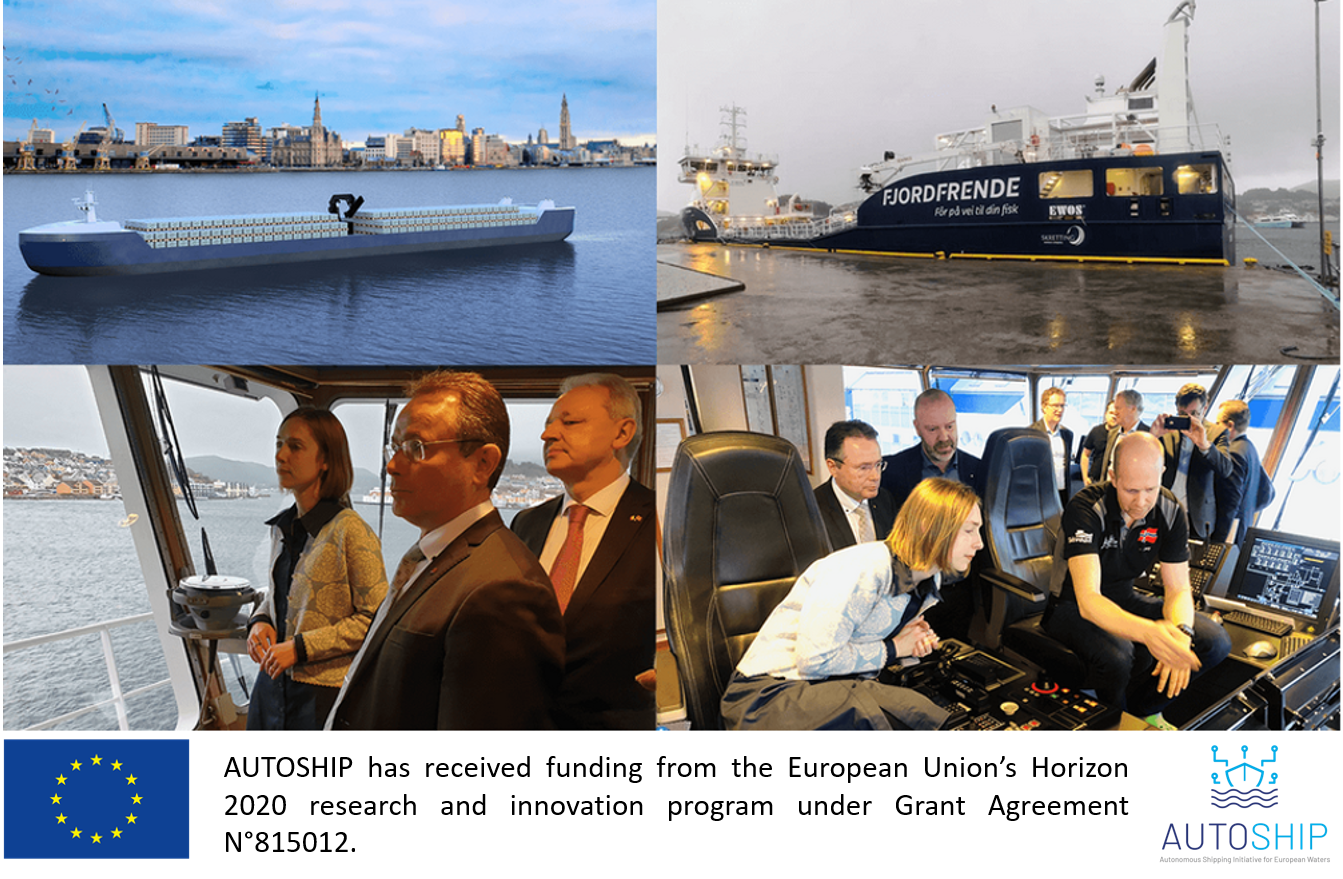 As a PAN European Group, PNO (CiaoTech) is proud to coordinate the project AUTOSHIP – Autonomous Ship Initiative for European Waters and to have been involved since the beginning in its generation, application and success with the European Commission.

The project is a major one in the current EU scenario (€ 20 Million funding, € 29 Million budget), with a demonstrated interest by the Commission’s DGs and Agencies.  Its relevance stands in being the first of a kind on which the research to come can be based on: reaching its targets will keep EU technological leadership and foster new jobs and relieved roads, enabling better and faster waterborne operations.
On the 21st January 2021, after 7 months, AUTOSHIP finally celebrated its start in #Kristiansund, directly from the bridge of the ship Pioneer from the partner #Eidsvaag.

The event was hosted by the Kongsberg Group, AUTOSHIP’s global technological leader from Norway, and authorities from Belgium and Norway attended the event as the largest EU-funded autonomous ship initiative was introduced to the press. (in the bottom-left picture below, from left to right: Mrs. Iselin Nybø, Minister of Research and Higher Education, Mr Gunnar Pedersen, EVP Integrated Solutions, Kongsberg Maritime, Mr Frank Arnauts – Belgium Ambassador)
Piooner is just one of the two ships that the AUTOSHIP consortium will make autonomous by 2023, taking the EU challenge to deliver real autonomous ships for the Inland Waterways and Short Sea Shipping markets!
Good luck AUTOSHIP!
PNO Contact: Marco Molica Colella, Senior Consultant
Email: m.molicacolella@pnoconsultants.com
« Back to all News